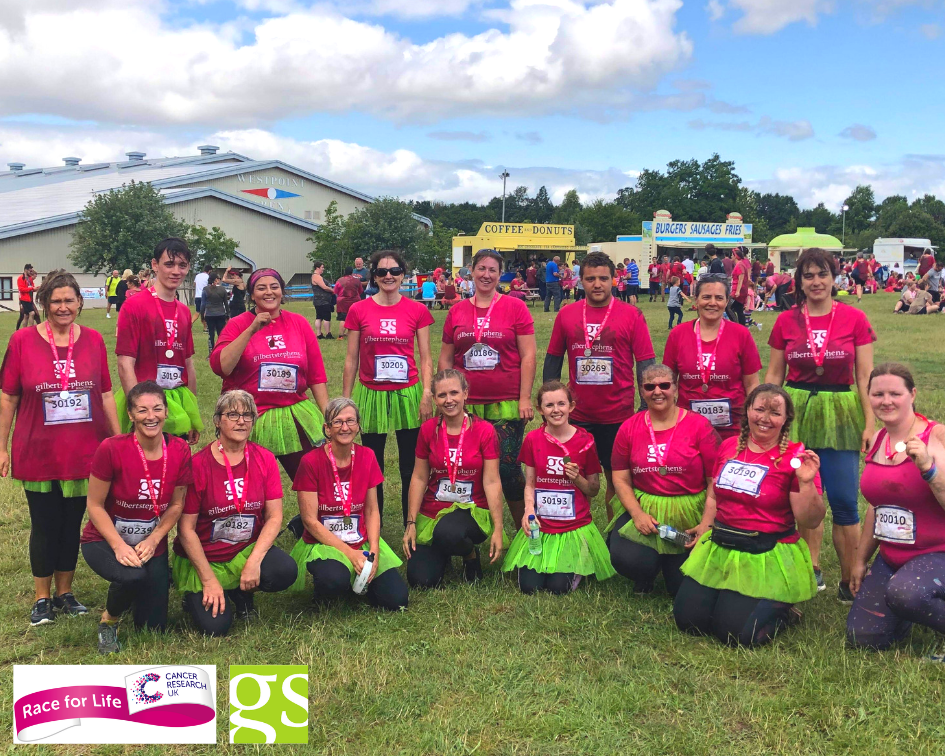 It’s that time of year again to dress in pink and go for a run!

Gilbert Stephens Solicitors were proud to take part in the Race for Life Pretty Muddy event held on Saturday 20th July at Westpoint Arena. Our team consisted of 15 enthusiastic individuals who participated in memory of our colleague Liz Govier, who sadly lost her battle to cancer last November.

As part of the Cancer Research UK Race for Life, The Pretty Muddy fundraising event was like no other. It was a brilliant 5k muddy obstacle course where anyone of any ability could scramble over the A-frame, crawl through a mud pit, slide through the mud and jog, walk and run to raise money for the charity. The route followed the paths and fields around the showground on a mixed terrain of tarmac roads and grass, with a few slight hills along the way.

Our intrepid team could view of all the muddy obstacles ahead of them as the course looped around so there were plenty of opportunities for supporters to watch the fun at each obstacle. Members of the firm sported personalised pink t-shirts and green tutus, which made them easily recognisable in the large crowds!

The whole event had a fantastic atmosphere which was both great fun and tremendously touching. Many of the participants were running in honour of loved ones who had battled with cancer, but all had one common purpose – to raise money to fund the next big discovery in the fight against cancer.

Liz Govier’s daughter, Claire Baker, expressed her gratitude towards Gilbert Stephens Solicitors, saying “I was very touched that so many of my mums’ colleagues participated in this fun-filled fundraising event in her honour, keeping her memory alive. She would be very proud of everyone’s efforts in fighting this horrible disease”. 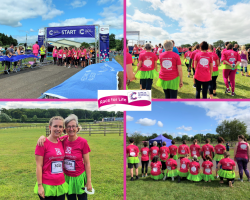 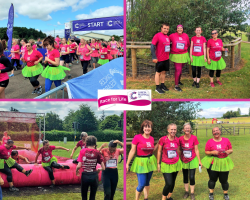 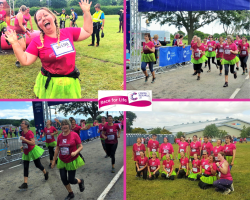 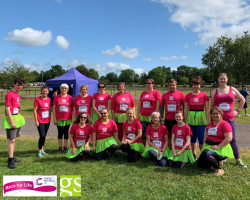 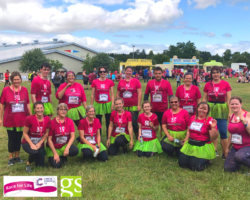