Do I need a Digital Will?

There is much discussion in legal and wider circles about “Digital Wills”. The term “Digital Will” is problematic because it has been used in two entirely different ways.

The first is to describe the idea that we may move to not only the production of Wills using technology but possibly also some form of online Will. This idea is still a long way off.  The law requires a piece of paper with the Will written or printed on it, as well as signatures in ink on that paper document. It seems quite unlikely that the Government is going to change those requirements (which are enshrined in the Wills Act) any time soon.

The second use of the term “Digital Wills” is to refer to the need under your conventional paper and ink Will to deal with what are loosely described as “digital assets”. Again, the term “digital assets” is a little problematic as it means different things to different people and has no solid definition. However, “digital assets” include online bank accounts, online gambling accounts, copyright material held only in digital form, Facebook and other social media accounts and iTunes accounts.  The list goes on.  These raise several important issues but to some extent those issues are not the domain of legislators creating new laws (or solicitors cleverly interpreting the law) but of each person thinking through practical considerations when considering the content of their Will.

Many of the issues surrounding “digital assets” are quite adequately provided for by the current law and may even be perfectly well dealt with under the terms of a Will that appears to have very conventional provisions and no apparent reference to anything to do with I.T.

An obvious example of this is online bank accounts. Administering an online bank account is something that every solicitor dealing with the administration of estates has been very familiar with for some years. The main difficulty for executors is identifying the existence of online accounts because there is no paper trail in the literal sense.  If the only record that you hold accounts with a particular bank is on your laptop, tablet and/or smartphone, the question to ask yourself is “how easy will it be for my executors to find this out?” If your devices are password protected, it will not be easy for your executors to have access to them, and even if they get access to the device will the clues to all your online bank accounts be clear to your executors? It may be sensible to make sure that you regularly list your online accounts and make sure a copy of the list (possibly in a sealed envelope to ensure security) is deposited with your Will. Whilst this may seem like a new procedure, this is nothing particularly new. The self-same problem has always arisen in respect of giving executors access to numbered Swiss bank accounts, and the problem with the fastidious deceased person who was so keen to shred bank statements and other communications from the banks was that his/her executors had no initial evidence of those accounts, At least in such cases new statements would turn up in the post eventually.

There will also be people who have valuable intellectual property which exists on their computers, hard disks or in the Cloud. Here it may be that these rights need to continue to be exploited after their death for the benefit of those who inherit from the deceased. Having separate executors appointed specifically for this purpose may well be sensible, and seem a novel innovation but in reality, this is nothing more than the practice that writers, musicians and composers have undertaken ever since the concept of copyright and patents were invented. Appointing what are called “literary executors” for digital items may sound odd, but musicians have had “literary executors” for years.

However, there is an additional practical problem presented to such “literary executors” in that they have access to the intellectual property that they are meant to exploit. In the days when all music or literature would be on paper, there was a problem of not only sifting through all the paper in the deceased’s house and office, but sometimes also finding other places where manuscripts might be stored. There is a similar problem in the digital age where literary executors will need to know not only the location of current devices, but also where are the hard drives onto which the files and documents have been backed up, or where are the Clouds stored files? Again, this creates practical issues for the person making the Will that should be addressed, but a note with your Will about your Cloud storage is not that different from a note to your executors about the storage arrangement of paper manuscripts.

Computer hardware will fall under the definition of “personal chattels”, which may be dealt with under the Will and the necessity for those items to be under the control of literary executors, at least initially to secure the intellectual property that they need to administer, needs to be accommodated.

The issue of Cloud based storage systems is a wider one merely than those who may have intellectual property to exploit, as many people will have their photograph collections stored in this way. The question of who will have access to these after one’s death and how long accounts can remain live ought to be considered, and this is something that needs to be addressed directly with whichever Cloud storage provider you are using. If you are not careful, there could be the digital equivalent of inadvertently allowing the family photographs to be taken to the tip in a house clearance that is not properly overseen, should the provider close the account.

There are also issues that need to be confronted with regard to the nature of items which you may think of as an asset, but which you may not own. A classic example of this is an iTunes account which is simply a licence for you to listen to music streamed onto your device. You do not own the downloaded content, you only have the right to use it.  Therefore, you cannot transfer this to the next generation.  This highlights the need to know what you own and what the ability to transfer accounts amounts to.  Unfortunately, that may mean actual reading the terms and conditions and noting down some of them (rather than merely checking the box which says that you did!)

Finally, with the popularity of social media, there is an increasing need to give some thought as to what happens to Facebook, Instagram, Twitter and Linked-in accounts following one’s death. Some of these services provide “legacy” schemes whereby you can address issues surrounding the alteration, closure or maintenance of your online presence in the event of your death. It is understood that that very few people take much interest in this, but failure to address the issue can create problems. Being invited to connect with new contacts (who you know to have recently passed away) can be upsetting. There is also the problem in the event of sudden or unexpected death of the context making your last post inappropriate in some way, and so allowing someone to tidy up your page might be wise. 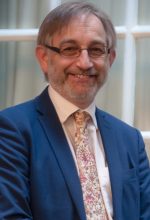 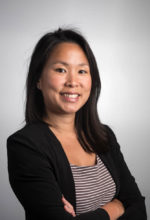 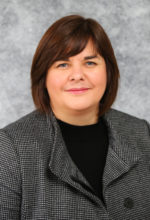 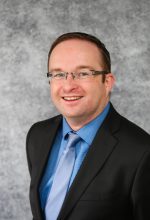