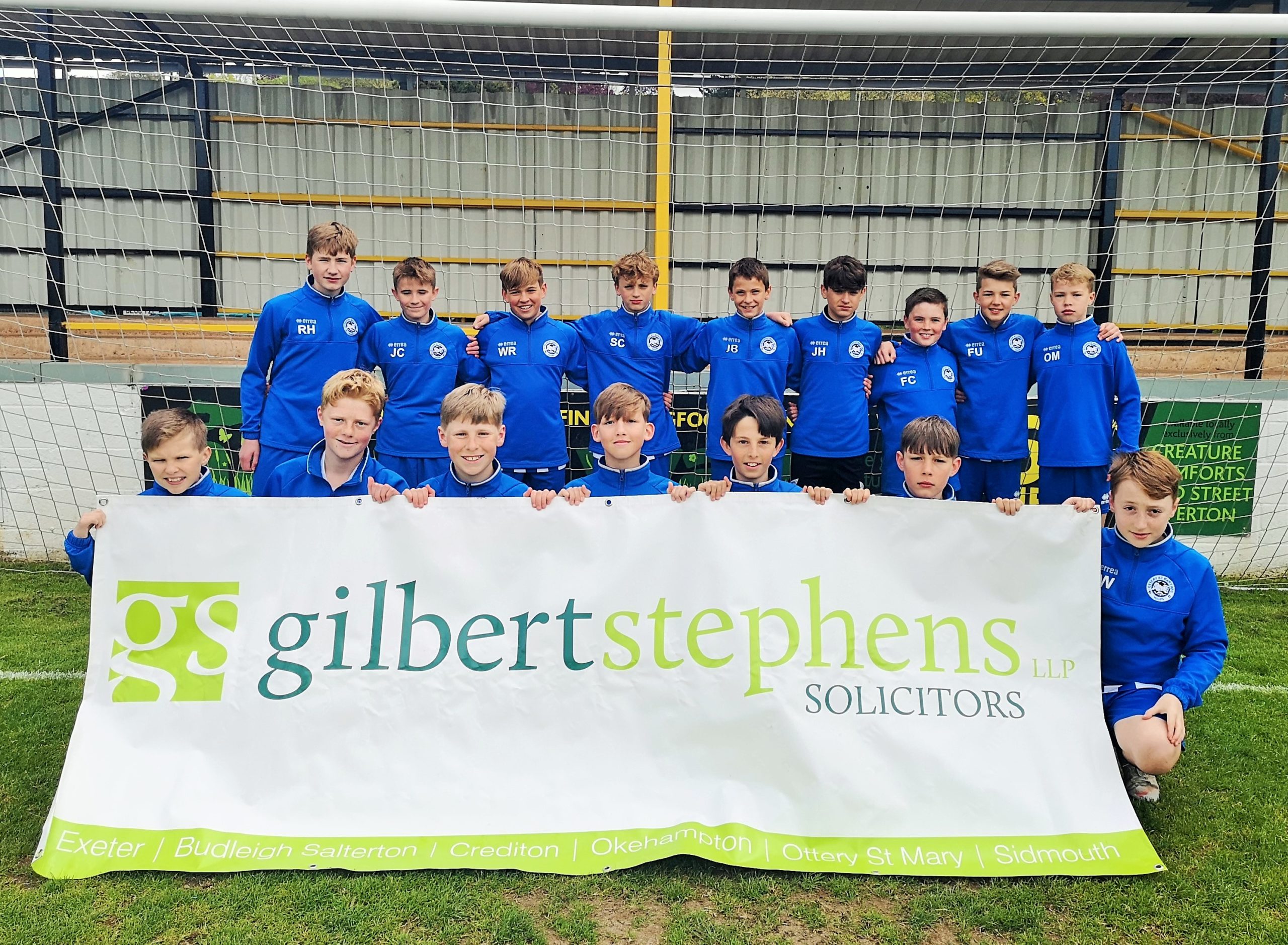 Gilbert Stephens Solicitors were thrilled on Saturday 4th May to be on the side lines as sponsors of the Ottery St Mary Under 13s football team, winners of the Exeter & District Youth League Cup Final.

This impressive youth team, known as the Otters, is managed by Adam Carpenter and coached by Mark Gleeson and Stephen Upsher. Saturday was a chance for the Otters to put all their training to the test as they faced the Exeter Panthers at Tiverton Town Football Club, to battle it out for the 23rd Cup Final of the League.

Winning the match by 2 goals to 1, Sam Gleason scored both for the Otters from free kicks. He was aided by the team in a show of well practiced team work and communication throughout the 30 minutes each-way. Man of the Match was awarded to Jack Hembrow, in recognition of clever footwork and his support to the rest of the team.

The match was an exciting one, with plenty of impressive foot skills and changes of possession. It goes without saying that the Otters were ecstatic to lift the cup after an exemplary season, and even fizzed up a bottle of lemonade to celebrate.

Terry Bastyan, Managing Partner at Gilbert Stephens, says, “We are exceptionally proud to sponsor such a committed and driven team. We would like to thank Ottery St Mary Under 13s and their families for their dedication, as well as the coaches and manager for all of the time and effort that they give to train the boys. This cup win is a brilliant example of what can be achieved when a group of people share a passion and work together to achieve their dreams.”

Sport is such an important part of a community, especially for young people. Gilbert Stephens are very pleased to have the opportunity to watch the progress of the Otters and to support the team as they continue to succeed. Well done! 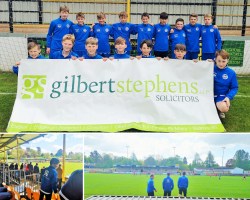 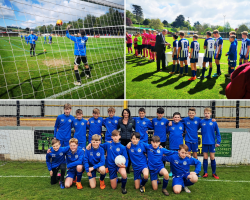 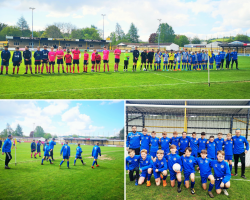 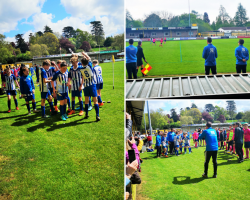