Sidmouth Musical Theatre opened their production of Sister Act on Sunday night and we were excited to be there to enjoy the performance! The theatre was full and the audience were thrilled to see this beloved musical come to life on stage. The story of a Reno lounge singer, who witnesses a murder and hides out in the convent where her mother once taught is one that has captured people’s hearts since it appeared on Broadway back in 2010.

Jonathan Cave & Laura Newbery-Butcher from our Sidmouth office were at the performance and thoroughly enjoyed it:  “It was an excellent show, especially considering it was opening night. Sammy Ottaway, who starred as Deloris was truly exceptional”

It was great to see people having a really good time and we are delighted to have sponsored the show.

Here are a couple of photos taken by Laura who attended the opening night with her family: 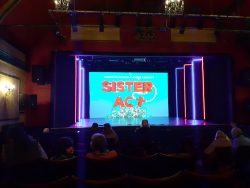 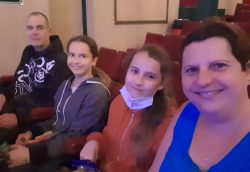