Mistress claims provision for “Lovechild” – We consider the options 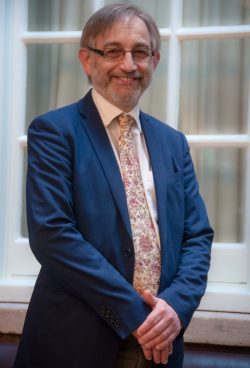 We asked Solicitor and Partner Richard Walford for his thoughts on the case involving a mistress who is making a claim against an estate for her “lovechild”.

Melissa Proles met Baldev Kholi, an Indian entrepreneur and had a child by him in March 2013. Mr Kholi returned to India following a cancer diagnosis and died around a year after his return.   Ms Proles is claiming “reasonable provision” for their 4 year old daughter – read the full story here.

There is much to consider in this case, first and foremost it needs to be recognised as a domicile case – “domicile is the status or attribution of being a lawful permanent resident in a particular jurisdiction”

Had Mr Kholi died domiciled in England and Wales an action under the Inheritance (Provision for Family and dependents) Act 1975 for the child would be straightforward. It would be assessed under the normal criteria set out in the Act as to what was reasonable for her maintenance. Given the size of the estate and the age of the child one would imagine it would be a reasonably good case with a reasonable chance of success.

It is difficult to know what the girlfriend could have done to improve the situation. How easy it would have been to persuade him to provide for the daughter in his will is probably a moot point. Even if he were willing there may be practical difficulties. Conflict of Interest rules would help keep a will secret from his wife, but he could not use the family solicitor due to those same rules.

The location of assets and his domicile or nationality might make a difference to what freedom he has to provide for the daughter, so a will giving her a generous inheritance might not do the trick. There is a recent case where a toxic mixture of a deceased’s assets, domicile and sharia law made the will, validly made under English law of an English resident but Saudi domiciled man, completely redundant.

There are plenty of jurisdictions which continue to discriminate against illegitimates and women; and the daughter in question was both so there is plenty of scope for problems.

In the case of the Saudi man, his desire to provide for his partner and their children by making a will in their favour was prevented from taking effect because he had followed the income tax advice from his accountant which failed to account for the fact that – in England at least – if you want to live as a “non-dom.” then you have to die as a “non-dom.” !

The moral of the tale – wills and inheritance are only simple for those whose assets, circumstances and wishes are simple. Everyone else needs a solicitor to help them!