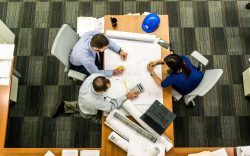 Earlier in the week, on Monday 17th December 2018, the government announced new legislation that is intended to increase worker’s rights across the UK.

This overhaul has been in progress for a while now. Matthew Taylor, chief executive of the Royal Society of Arts, delivered the Good Work report in July 2017. This was an independent review of modern working practices and addressed the issues of the ‘gig’ economy (free-market, short term or even single project contracts) and the government subsequently released four more consultations, the last closing in June 2018.

Christina Blacklaws, Law Society president, responded to the announcement: “With uncertainty over Brexit and the potential impact that will have on workers’ rights it’s heartening the government has prioritised modernising employment law, making it easier for people to understand and assert their rights.”

What does the new legislation change?

Out of the 53 recommendations in the Taylor report, yesterday’s announcement took up 51, some of which were developed even further than the original report suggested. Included in the changes are:

Neil Carberry, Chief Executive of the Recruitment & Employment Confederation, is optimistic about the legislation. He said, “Recruiters across the country will welcome the acknowledgement that temporary and agency work is a key part of a vibrant jobs market that delivers opportunity.

“Making sure workers have more knowledge of their rights at work – and greater ability to ensure flexibility works for them – is sensible.”

This package of workplace reforms is the biggest for over two decades, and is ambitious in its aim to make the UK a world leader in meeting the challenges of evolving workplace needs. The final package will be unveiled by Greg Clark, the current Business Secretary, and will support both businesses and workers in understanding their rights and responsibilities, backed by a fair and fit-for-purpose enforcement system.

If you have any questions about how the new legislation is likely to affect you or your business, please do get in touch to learn more. You can contact us by email at or by phone on 01392 424242, and we can direct you to the office and department that best suits your needs.