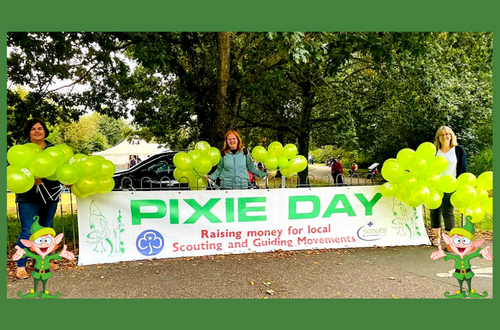 Pixies once roamed Ottery St Mary and very soon they will be back!

Pixie Day is most definitely one of the highlights in the Gilbert Stephens social calendar.  This lively event is steeped in local history and folk tales – did you know Ottery St Mary was once occupied by Pixies…..?

“The legend began that Ottery St Mary was once occupied by Pixies. They were forced into exile by the coming of the humans and the building of the church. The last straw was the noise of the church bells which they could not bear. As the bells rung the Pixies would do everything they could to stop them as they believed that each time the bells rung a Pixie would die. So on one midsummer’s day in 1454 they invaded the town and captured all the bell ringers and imprisoned them in a cave by the river. This cave is still known as Pixie’s Parlour.

Fortunately for the town the bell ringer’s escaped, but the pixies and the capturing of the bell ringers is remember each year with a celebration on the Saturday nearest to midsummer.”

Every year children from the Guides and Scouts groups – Brownies, Beavers, Cubs and Rainbows dress up as pixies who take revenge!  The pixies return to the church, capture the bell ringers and imprison them – of course they always escape again!

We hope to see you there!