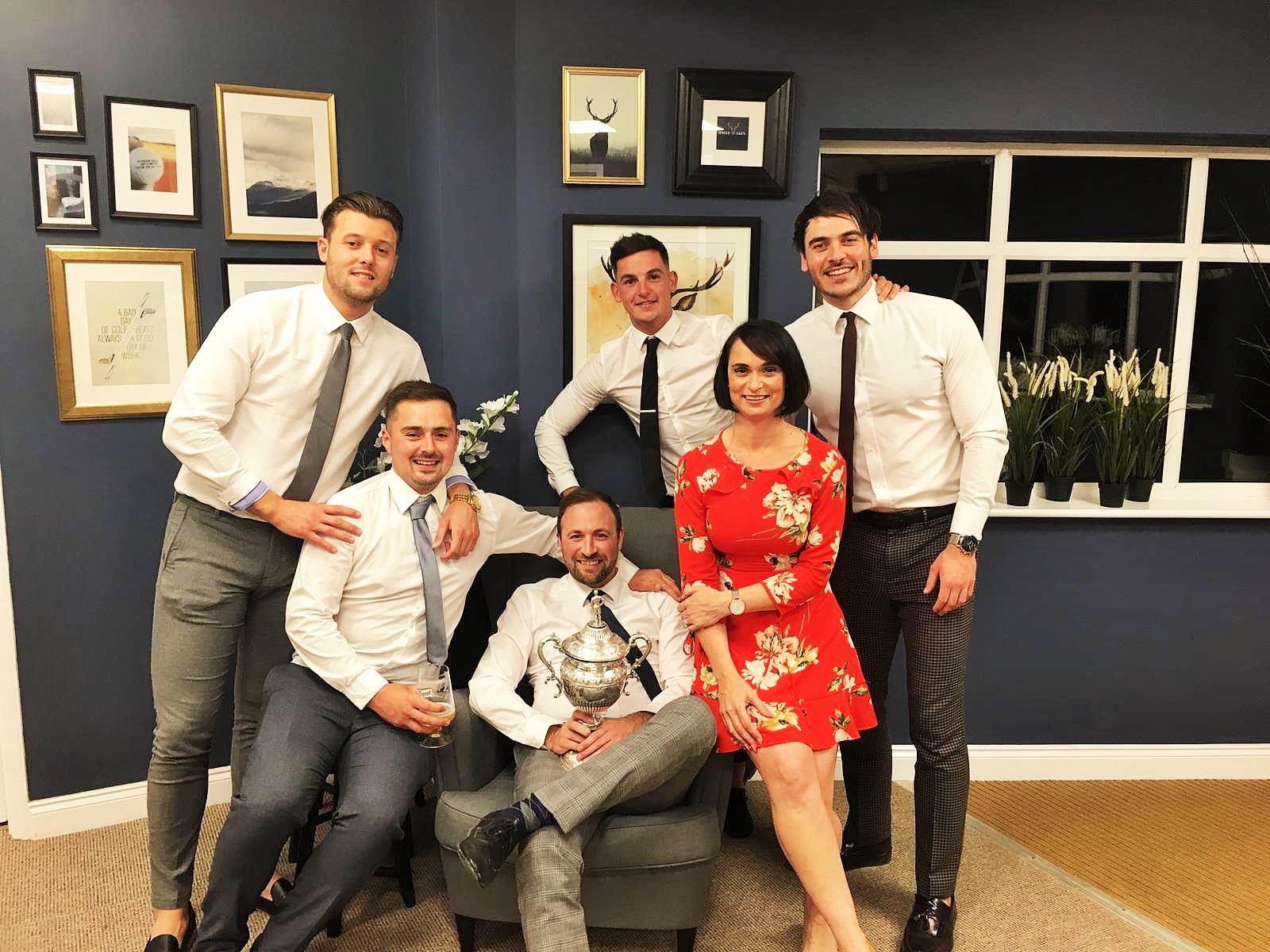 Gilbert Stephens Solicitors were honoured to be a guest at the Devon and Exeter Premier League awards ceremony at Fingle Glen last Thursday. Dana Mulligan, Marketing Manager at Gilbert Stephens, who attended the ceremony said, “we are proud to be one of the football team’s sponsors, as we have had a brilliant season watching Exwick Villa’s trials and successes.”

After an impressive meal, the awards started and Exwick Villa were presented with the Devon and Exeter Premier League trophy by Wayne Carlisle. Wayne was an accomplished professional footballer playing most recently for Torquay United and is now Head Coach at Exeter City Football Club. Exwick Villa finished their last game of the season on Saturday 4th May with a no-score draw to Beer Albion. However, the club’s impressive goal difference throughout the season ensured that they were victorious overall and have taken the position of champions of the league for the first time.

Chairman of Exwick Villa, Adam Ryan, tells us, “This has been a great season for Exwick Villa. All the players, coaches and connections have worked extremely hard and pulled together to stretch themselves and succeed again and again. Though it would have been nice to end the season on a clear win, our goal difference has showed that every game, goal and effort counts.

“This league win is a fantastic result for the club and we recognise that it is the result of all the training that the players have put in as well as all the support from the wider club, families and fans. Our sponsors have been there through thick and thin and it is notable that there is a true love there for the club. We really appreciate all the support and I am very proud of the dedication of our team – every cheer and every pat on the back makes a difference.”

We would like to wish Exwick Villa a hearty congratulations for their win, we can’t wait to see what they bring to the pitch next season!