Gilbert Stephens again have a team taking part in the Nello Bike Ride to raise money for Force Cancer Charity.  The participants will be doing regular training and we will keep you up to date with how it’s going.  Here is Dana’s blog following the first training session last weekend.  If you would like to donate to our cause please follow our Virgin Money Giving link here 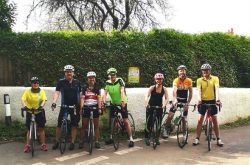 It was maybe a risk to choose Friday 13th as the date to buy my marvellous new Trek bike for the Nello bike ride in aid of Force Cancer Charity and I was hoping that the date would not turn out to be a bad omen. There were a range of amazing bikes on offer, and I’ll admit I was pretty clueless, but thankfully Ben from the Bike Shed, sponsors of the Nello, was on hand to help me find the one that was right for me.

Apparently, you don’t just go by the colour…….

Saturday 14th came around and I woke with a feeling of excitement (or possibly dread) at the thought of picking up my brand new bike from the Bike Shed on Fore Street in Exeter. That day, having survived Friday the 13th, I felt that luck was on my side. I decided to bond with my new bike and ride it the whole mile (perhaps less) back home. As it turned out, Friday the 13th was still in effect: I made my way down Fore Street (still on the bike) and took a left onto West Street. My bike, being, like me, independently minded, didn’t agree with turning left and instead took its own path, causing me to go flying onto the crossbar of the bike which resulted in personal injuries that caused me a lot of pain!

After a few moments, I jumped up and discreetly brushed myself down, trying to cover up the embarrassment I was feeling. As I made my way (carefully) home avoiding those left turns that were clearly so unpopular with the bike, I wondered why on earth I had signed up to this event. I clearly struggle to cycle a few feet – how was I going to cope with miles?

Our first training day on Sunday 22nd April came around and, at 8am, it was time for training to commence. I woke up fresh and ready to tackle whatever the training had in store for me, reassuring myself that, (perhaps by avoiding those unpopular left turns) my mishap on Saturday couldn’t possibly happen again – how unlucky could one girl be?  Fully prepared with my shiny and undented bike, my illuminous pink helmet, and my well-padded cycling leggings, I headed out the door: all the gear but no idea…

I jumped onto my bike and cycled without incident to the meeting point at Glass House Lane with Mike, Marcus and his daughter. At this point I was all jokes and laughter, completely oblivious to the challenges and struggles that would face me. When we arrived at Glass House Lane, I was greeted with big smiles by my fellow cyclists from Gilbert Stephens Solicitors. 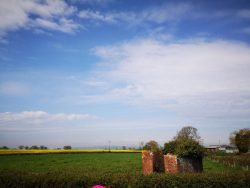 It was rapidly clear that Don Middlemost had taken his place as our commander-in-chief, outlining where we would be cycling and where each of us would be positioned in our convoy. At this point, I still imagined it would be a nice relaxed ride and that we would be out for only an hour or so, pootling along and having fun. This may have been a mistake…

We cycled for what seemed like an eternity through so many villages that, despite being local, I had never heard of before. This being Devon, we climbed up so many hills that it felt like I was making an attempt on Mount Everest and my legs quickly turned to jelly.

It was still early in the day when I started feeling these effects and I began to think that the pain would never end! At every junction, my fellow cyclists stopped to wait for me, but as soon as I caught up with them they would enthusiastically yell “go, go, go” we were off again! 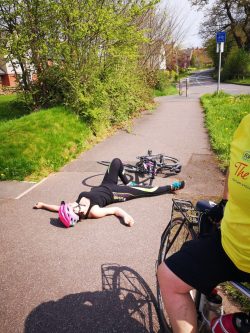 Every time I asked how long we had left to go, I would get the answer ‘a little while yet’, but for me ‘a little while yet’ seemed to go on forever. By that time, it was safe to say that I felt like I was the weakest link. Thankfully Mark Dowling was there to take me under his wing by encouraging me to keep going and I was motivated by remembering that we were doing this for Force Cancer Charity, so I kept pushing myself past limits I thought I couldn’t reach.

At last I reached the end of the ride, jumped off the bike and promptly collapsed at the side of the road (“jumped” might be overstating it given my complete lack of energy). Every muscle in my body was aching and I thought, at that point, that I would never cycle again.  I hadn’t realised that cycling would be so difficult, but when I found out we had covered 32 miles, it was all worth it and I felt a huge sense of accomplishment, especially as the last time I didn’t even manage a mile! 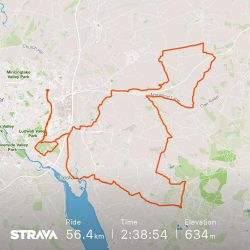 The first training session was harder than I could have ever imagined but I will keep going. This is a sponsored event after all, and so it should be a challenge. My continuing mission is to raise money for Force Cancer Charity because the struggle I am going to go through is absolutely nothing compared to the people and families living with cancer.

Our next training session is Sunday 29th April – keep following for my progress and that of my fellow Gilbert Stephens cyclists – it will get easier….. won’t it?! 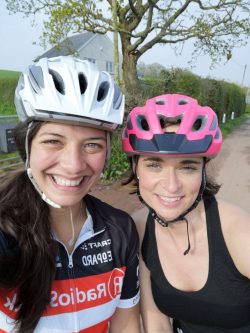