This Christmas, Gilbert Stephens Solicitors have again joined forces with an Exeter Primary School and Dawlish College to send gifts and Christmas spirit to some of the poorest families in Europe.

Children at Kenton Primary School have shown great compassion, collaborating with staff at Gilbert Stephens to arrange dozens of shoeboxes filled with quality gifts and clothing, and decorated with Christmas cheer, for those living in poverty in Moldova (formerly part of Romania).

Two students from Dawlish College have also taken it upon themselves to organise donations for this appeal. We think this is an incredible effort of empathy and encourage those in the Dawlish area to donate towards the students’ campaign. We have collected many items for the boxes, including sets of stationery in collaboration with Devon Commercial Stationers.

The shoebox appeal is organised by registered charity, the Christian Response to Eastern Europe (CR2EE). They campaign for families and organisations to get together and make up these Christmas gifts throughout the months of October and November. After collection, a gargantuan voluntary effort takes place to pack and drive these boxes to be stored in Europe before being distributed to the children and grandparents of poverty-stricken families.

CR2EE suggest that people who want to donate boxes fill them with basic items such as soap, toothbrushes and facecloths, warm hats and gloves, as well as items such as notebooks, pens, coloured pencils, and sweets. Boxes for children can contain good quality small toys and games.

Gilbert Stephens’ staff get together to donate all other items needed for around 30 boxes before delivering them to Kenton Primary School in mid-November.

Central to the Gilbert Stephens Moldova Appeal operation is Exeter office manager Julie Besley, her office begins filling up with piles of donations from October onwards. Julie volunteers her own time to pack the 30 boxes and put together the stationery packs, which have now been delivered to Kenton school in time for CR2EE to receive. Their volunteers are now working tirelessly, packing gifts to drive to Moldova!

Julie said, “Every year around this time the office gets very crowded with gifts and boxes, and there is a lot to do to get everything arranged, packed and wrapped. I now collect toiletries and other basics for the boxes all year round!

“It’s very much worth the effort every year though, to know that we are giving quality gifts and that special feeling of being cared for at Christmas, to children who have so much less than ourselves.” 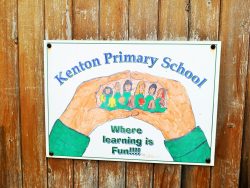 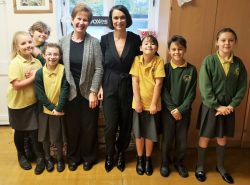