The changing face of residential conveyancing 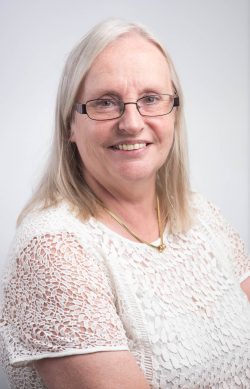 Jane Gawn, Head of the Property Department at Gilbert Stephens, has seen many changes in conveyancing since she qualified as a solicitor over 25 years ago. She explains how all conveyancers, and others in the property market, need to adapt to the challenges lying ahead.

How times have changed

Back in the late 1970s/early 1980s, conveyancing was a less pressurised process, and estate agents helped to make it as easy as possible for the client. Completion dates were discussed when the client signed the contract and all the legal aspects were in order, and the conveyancer concentrated on the legal work. The completion or moving date was usually around 28 days.

2004 saw the introduction of Home Information Packs, designed to speed up the conveyancing process. HIPs, supplied to the buyer before the contract was issued or at the same time, contained local authority searches, an Energy Performance Certificate and a copy of the title, along with a list of what was included in the sale and other relevant information.  This was expensive for sellers, and many who spent a lot of time and money on the packs lost out when HIPs were scrapped in 2010.

Nowadays a seller’s conveyancer still uses material similar to that used in the Home Information Packs, including the Energy Performance Certificate, the Property Information form and a list of items included in the sale. Searches are carried out by the buyer’s conveyancers, not those of the seller, putting the onus on the buyer once more.

Another change is that members of the public now have access to title records at the Land Registry, which was not the case in the past. This has been rather controversial and makes it easier for fraudsters to register or obtain mortgages without the consent of the owner. People who do not live in the property, or have a mortgage registered against it, are at particular risk, although the Land Registry does give guidance and take precautions.

The increasing use of email and conveyancing case management systems is also very different to the paper-based system used back in the past. Clients, conveyancers and estate agents often use email rather than letters, and applications to the Land Registry can also be made electronically.

Banks and other lenders offer conveyancing services as well as other organisations which is increased competition for the High Street solicitor.

What is the future?

The Government wants to speed up the conveyancing process, using technology to expedite dealings with the Land Registry and possibly introducing contracts between sellers and buyers to prevent ‘gazumping’. However, the use of electronic methods in conveyancing services could lay them open to the risk of fraud and hacking, and precautions will be needed to prevent this.

It is not yet clear which proposals are going ahead, but conveyancers are certainly under increasing pressure from competition, lenders’ requirements and the large amount of time spent ensuring that transactions adhere to the Money Laundering Regulations.

Solicitors and conveyancers who move with the times will be able to offer the best service, but will face a great deal of forward planning. Exciting if challenging times are ahead, and buyers and sellers need to recognise the importance of choosing a solicitor or conveyancer suitably qualified to advise them.