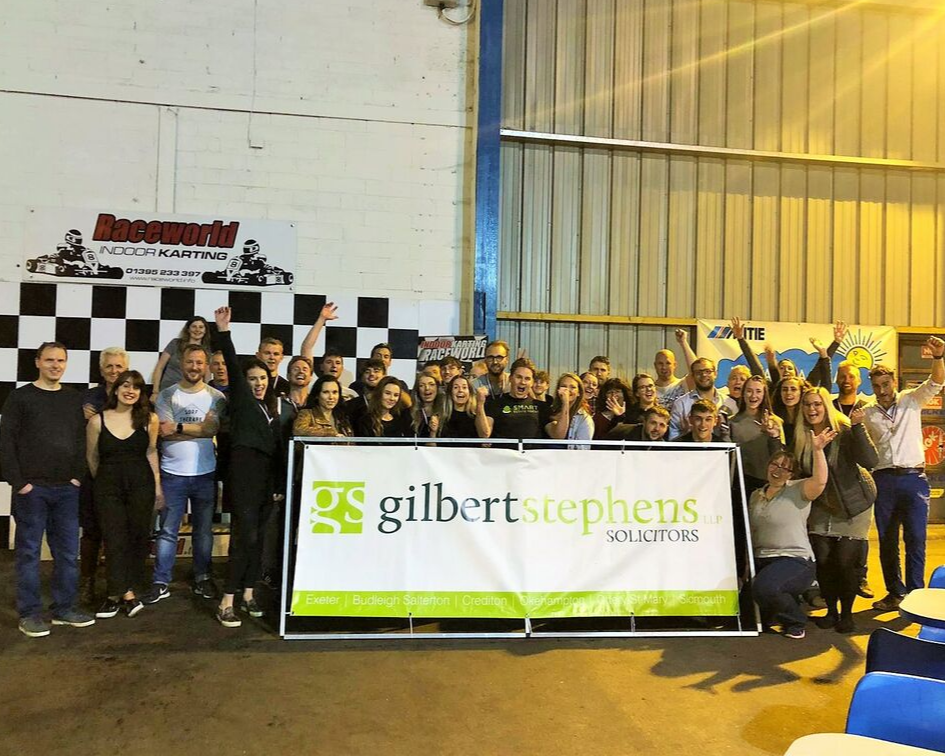 On Wednesday 25th September, Gilbert Stephens Solicitors hosted an exhilarating go karting event at Raceworld Indoor Karting. Gilbert Stephens invited estate agents from across Devon to participate in a head to head battle of the agents. The firm were thrilled to honour Children’s Hospice South West as their chosen charity for this event. The regional charity provides care and support to families living in the South West, who have children with life-limiting conditions. They provide specialist palliative care, respite for the whole family, a sibling service for brothers and sisters, emergency support, end of life care and a bereavement service for as long as is needed.

It was a fantastic turn out for the firm as eight sprightly teams arrived promptly at 5:30pm, ready and raring to get into the go karts. The leader board consisted of Underhills; Seddons; Smarty Sales and Smarty Lettings from Smart; The Rutting Karters from Stags; Carter Geering and Freeson Properties. Gilbert Stephens even had their own Conveyancing team composed largely of staff from our Exeter office to include Martin Pratley, Solicitor, Antonia D’Alessio, Chartered Legal Executive, James Bastyan, IT Manager, Paul Kibbler, Partner, and Katie Bennett, Conveyancing Assistant from our Okehampton office.

When all teams had registered, Antonia welcomed all the drivers and displayed our Gilbert Stephens trophy, adorned with green ribbon, which was up for grabs. After a safety briefing from the go karting officials, it was time for all drivers to sport their sporty fluorescent helmets and get seated in the go karts for a thirty-minute practice round.

Once all drivers had adjusted to the advanced track, furnished with a flyover bridge and narrow bends, the competitive energy set in and the hour and a half endurance race was well and truly underway. It was a great atmosphere on the track and the team morale was boosted further when Domino’s pizzas, alongside other refreshments, arrived halfway through the race. The drivers thoroughly enjoyed refuelling on a great selection of delicious pizzas in between pit stops.

Head of our Conveyancing Department, Martin Pratley, was proud to present the awards to our winners and runners up at the end of the competition. It was a close call between Stags, Smarty Lettings, and Seddons throughout the whole relay with all three teams securing their places in the top three from the start. However, after all penalties had been deducted, Stags received first place and were presented with the title ‘Battle of the Agent 2019’ and an impressive trophy. Smarty Lettings placed second and each team member was presented with silver medals. A team of four from Tiverton, Seddons, finished in third place and each player was awarded with bronze medals. Andy Simms from Underhills was pleased to be awarded with a bottle of fizz for the ‘Driver with the Best Team Spirit’ award.

Property Sales Negotiator at Stags, Georgina Kedge, says “Children’s Hospice South West is of course a very important charity and it is great to be a part of something where so much money can be raised. We have to thank everyone at Gilbert Stephens for organising such a worthy event and also the staff at Raceworld for ensuring a seamlessly run evening. Hopefully we will have a chance next year to retain our crown!”.

It was a brilliant event and Gilbert Stephens are so grateful to all the teams who participated. Martin says, “thank you to each and every person who came along to support us and allowed us to support the well deserving charity, Children’s Hospice South West. We hope to be able to make the Battle of the Agents an annual event and look forward to seeing you in 2020”. 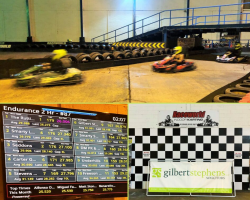 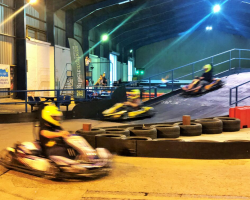 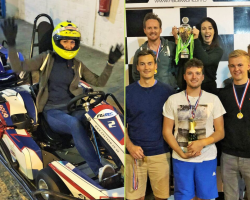 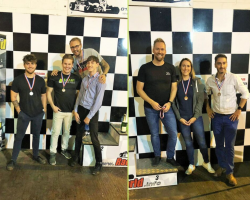 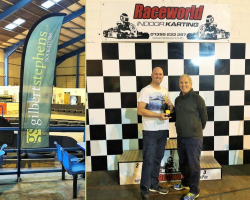 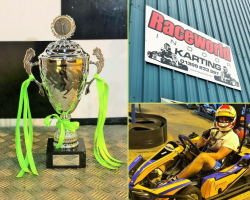 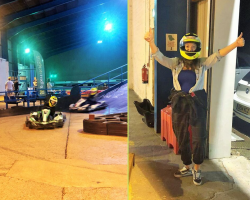 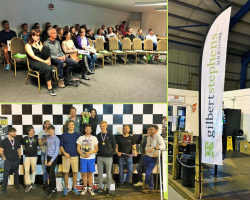 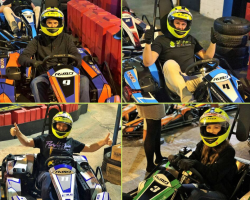 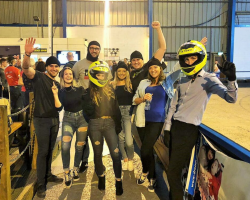 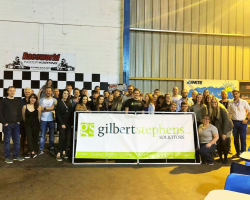