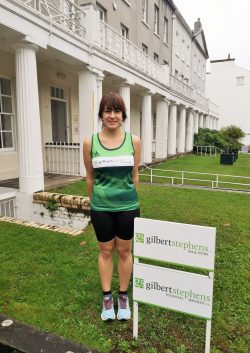 When I was asked to attempt the Great West Run, I laughed.

I am not a strong runner and my technique leaves much to be desired. Ballet is definitely more the sport for me. However, I took up the challenge, so thought perhaps I’d try a few smaller 5k runs and then see how it goes. A few of us from Gilbert Stephens took up the challenge together, and we began to run at lunchtimes, running the scenic route to the Double Locks and back (unfortunately not stopping for a pint on the way – however tempting it was). This is a nice flat route and we started running it with ease, forgetting about the countless hills around Exeter! Building up miles we began to pick up a little speed on the 5ks and began mixing it up with sprints, hills and a few extra miles. Running was exhausting in the heat we had this summer and we began to try and fit our sessions in after work when it was cooler… obviously followed by an ice-cream!!

When we did our first 10k run, we felt fantastic, and proud of completing it in 56 minutes! We then moved on to an 8-miler, completing that in under 1 hour 30 minutes, and then onto 10-milers in under 1 hour 50 minutes. I hit a slight snag on one 10-miler when my knee decided to give way. I hobbled home to a frozen pack of peas. After giving my knee the rest it needed for a week I ran a couple of shorter runs to build it back up and I’ve been careful with it ever since! When I had recovered enough we began to pick up the longer runs again. We were building up speed! It’s amazing what listening to ABBA does to your motivation!

Now the race day looms ahead. We are beginning to taper our runs ahead of the big day. Eating healthy, no alcohol (including that post work glass of wine) and lots of stretching. It’s safe to say we are all very excited and a little scared for the big day!

We have decided to run this race in aid of preventing period poverty – collecting sanitary products for a charity that donates to women who cannot afford the items themselves. We have collected a fair few items so far and have already filled two boxes!

If you want to keep tabs on how we are doing, our journey towards the day and the Great West Run itself will be documented on our website and social media… 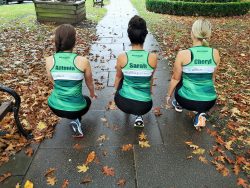 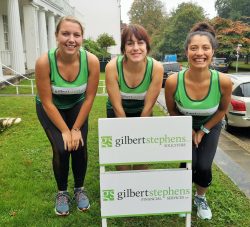